Here the latest on how Gartner thinks Marketing budgets are shaping up for 2020. It’s somewhat contradictory – on the heels of budgets not seen since 2011 with flat to declining budgets, the report is also saying Marketers are surprisingly optimistic with a small percentage saying they expect budget increases year over year despite the economic climate of China tariffs, Brexit, and other extraneous forces. Keep in mind that of the companies they polled, they consist of 326 b2b and b2c clients of theirs.

This one section I’ve highlighted here struck me as interesting.

Here are my notes from the June Boston Marketo User Group.  It’s a terrific user group having attended a few others on the east coast (DC, NYC, ATL), Boston seems to have the lead on making a great user group experience.

Very few audience members had used intent data (2 in audience of 50) – a function the audience said of not having a clear enough need or the budget to execute on it, though most agreed the concept sounded interesting and relevant.

Of the 5 key issues, the topic of talent seemed to be the most challenging aspect many enterprises face.

At the 2018 Marketo Summit (#MKTGnation), we covered five common mistakes for MarTech and Account Based Marketing (ABM) deployments.

If you don’t have time to watch the embedded video, this is a ‘tweetable’ summary of each bullet point of our findings.

We began with some background.   Not every company uses the words ‘ABM’ but many companies are on a journey of account based selling and marketing.  Then we jumped into each of the five points below.

At the conclusion of the presentation, the sharpest audience issue that was felt was surprisingly the talent side of things – finding the right partners to augment the skills internally.  Initially, I would have thought Data as the #1 issue.

What trends are you seeing in Account Based Marketing?

Devon McDonald, a Partner at OpenView Venture Capital spoke with me on a recent podcast on Account Based Marketing best practices.  Our conversation covered areas of how to get even more out of your ABM people, process, & technology investments based on our experiences to date.

Here is a helpful checklist summarizing that discussion and assumes the organization has already defined and agreed upon what the term ‘account based marketing’ means to them.

Be sure to check out the full podcast here!

As published in DemandGen Reports, May 2017

For B2B revenue leaders that are contemplating adoption of the new SiriusDecision’s Demand Unit Waterfall, here are five impact areas on B2B strategies and initiatives to consider: 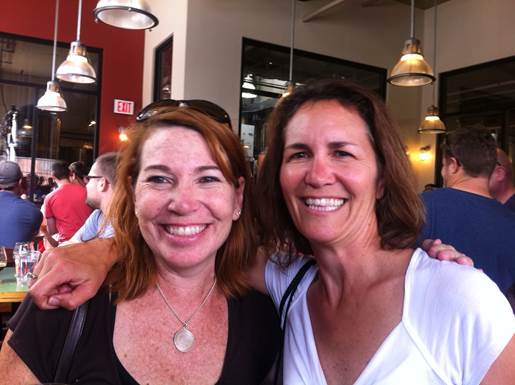 Karen (in black) at her recent birthday party with Cathy Hawley

The people IN a company are what makes the competitive difference, it is not technology or product.  People come from different situations, different cultures, and different points of view – the more diverse viewpoints, the richer the quality of decision by teams led by people.  I’ve been blessed working with many individuals working with and for me on a variety of different teams all across the globe – people who today succeed in running marketing for their company, running inside sales globally, running their own PR agency businesses, running marketing for divisions of big companies, and running other businesses like global IT as the acting CIO for a F500 company.   Others have become individual contributor experts in their field in demand generation or in product marketing in a variety of industries, SaaS security in particular.  There is nothing more satisfying reflecting on the success of my team members in their capacity today.  I’ve learned tremendously from each of them.

Last night, I heard some sad news about one of these team members and this is a first for me in my career – that someone that was once on my team has passed away.  This news hit me pretty hard and it caused me to reflect on our brief journey together.

Karen Hirschhorn was referred to me by a colleague and had also been applying to an opening then at the time at ReturnPath, a growing SaaS email deliverability company.  The role Karen was applying for was new, in a location other than our NYC global corporate headquarters, and a role that required a blend of technical finesse as well as strong people skills to deal with a variety of personalities.  The role would have been challenging for anyone given that stage of growth and the expectations around new product capabilities.

Among the half dozen finalists I had interviewed for the position, Karen really stood out above the crowd.  She was coming from a situation where after a successful 10 year career, she had started her own business after overcoming a setback in her health (we couldn’t talk about that in the interview as it is illegal to ask); she felt it was time to transition back into a corporate role with more day to day structure with a team as she got the bug out of her system to work for herself.

There were several attributes that I remember most about Karen as she applied for the role.  She was hungry to make an impact – an impact we’d all later feel.  Unlike the other candidates that interviewed, Karen had an edge about her presence and firmness which was later helpful to pioneer and plow new ground as the first head of product marketing in an evolving growing company with strong day to day personalities.  Karen demonstrated she could make an informed point of view, hold her ground firmly, yet had the knowledge when to back away from that point of view.  Karen was more versatile than most;  at the time of the growth stage of the company, we were pivoting from a North America centric view of sales/marketing to that of a global one – she was the first recruit on the team that was fluent in 3 other languages other than English and had lived in Europe before (we later hired 3 other multi-lingual marketers so I’m not sure what language they all spoke!)  She had global perspectives that others may not have had on the team and with her peers outside the group that could help us take a broader viewpoint.  Karen did great in the role with little day to day guidance as I expected.

One day over lunch a few years ago, we talked about some of the day to day challenges and how she forged through them – she had kind of laughed at one point over lunch and made a gentle reference to me about her fighting cancer successfully and how the real battle had already taken place there and anything else in life was really minor in the big picture.  She had bonded with another team member who had overcome a similar cancer battle and he too had that same perspective – they both struck me as very mentally tough people.  She also had a passion for yoga – and had aspirations to teach yoga to survivors of life threatening illnesses.   Though from New York, she loved the calmness of the Colorado mountains;  on one of her visits to New York City, I recall her being anxious to return to an area that was ‘quieter’ and certainly Colorado was that in contrast to NYC.

So while I’m saddened by her passing, I wanted to celebrate the life qualities I saw in her that made me say ‘yes, this is someone I want on my team.’  Her memories will live on with me and with others that worked with her.  Karen and her family are in my prayers.

Velocidi’s Salon Series, a quarterly series that aims to address the top-of-mind issues for CMOs, included a talk led this week by Margaret Molloy.  Our topic was The First 100 Days: Insights and Lessons featuring Maryam Banikarim, CMO of Gannett  Co. Inc. with about 50 other executive audience members.  Maryam talked candidly about the challenges she faced as she transitioned a 100 year culture into the digital age.   After Maryam’s talk, we broke into subgroups and talked about digital challenges CMOs face going into 2012.

Here were the leadership take aways from Maryam on the onboarding process:

Digital take aways from our sub group break out session: 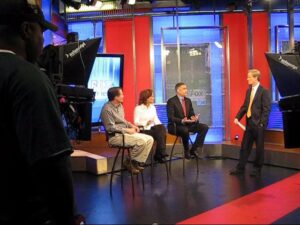 Jon Russo is a senior marketing executive with specific expertise in Software as a Service (SaaS) and recurring revenue service models targeting business to business segments. With twenty years Silicon Valley and global operational experience in high technology companies with annual revenue from $2 million to $2.5 billion, he led two companies through 300% growth supported by innovative marketing programs and marketing automation. As head of marketing, he has participated in two successful exits of service companies through an Initial Public Offering (I.P.O.) as a corporate officer and a $180 million acquisition. He has overseen 3 marketing automation implementations, the latest implementation leveraging Eloqua, InsideView, and Bulldog. He has partnered with SAP, Marketo, Aprimo, and Eloqua among others.