In the B2B world, Executives and teams that master the art of technology in the revenue acquisition process fare 5x better than those that do not according to research from SiriusDecisions – this post is to help executives better communicate and understand what your teams face with their new technology investments in Salesforce.com, databases, and marketing automation.  It also helps those doing the technology work in these areas on how to better communicate with their executive team. Based on an informal poll of 6 B2B global companies, executives want and demand ‘more’ faster and cheaper yet they have no fundamental understanding of the complexity of their own data and lack an understanding of technology.  On the working side of salesforce automation, database management, and marketing automation, the workers that are knee deep in the technology process often say how out of touch their executive leadership is with ‘data reality’.  Those that bridge the gap will recognize more revenue quicker and cheaper than those that are unable to recognize and effectively bridge this gap. 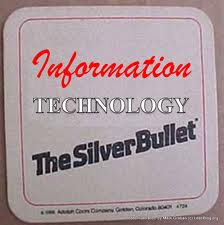 To best avoid this grand canyon gap between executive knowledge and the workers involved in this technology, here are a few approaches that could work:

I see this process as a journey, not a destination as technology is always changing, thus giving people new opportunities to learn and apply their learnings to their company and to their prospect’s buying cycle.  What experiences have you found helpful?